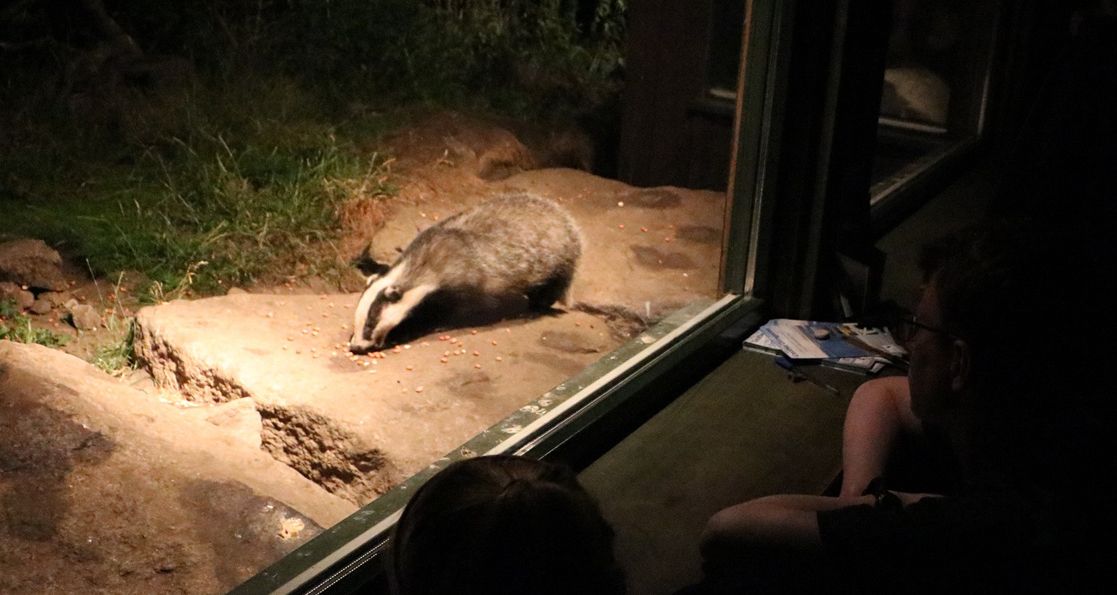 A perfectly planned week travelling around the West Coast of Scotland brought opportunities to spot some of Britain’s most elusive animals, meet fellow Duke of Edinburgh Award participants and enjoy activities and experiences I would have never done otherwise.

After first meeting, the other nine participants at Bangholm Outdoor Centre our drive to Benmore Outdoor Centre turned into a chatty minibus ride. We came from all across the UK and coincidentally, some of us knew each other already. Our first evening in Benmore was relaxed. We settled into our dorms and headed out for a walk around the grounds, learning about the area and the ancient redwood trees. An after-dinner quiz got us all competitive, with teams battling it out on our wildlife knowledge.

On our first full day, we visited the official reintroduction site for European beaver, taking a stroll around the water, getting lost on the trail and discovering hidden artworks in the forests. Despite not spotting any beavers, we did see lots of signs of them, including gnawed tree trunks from which we all took little pieces of wood as momentos. We also learnt about the importance of reintroducing species and the debate which often surrounds this.

The following day, a boat trip to the Corryvreckan whirlpools offered tremendous opportunities to see wildlife by water. Our skipper was hugely knowledgeable and knew exactly where to take us to get the best chance of spotting wildlife. We all kept our eyes peeled and it was fun pointing out birds on the cliffs or seals on the rocks. On the islands of Scarba and Jura, we saw wild goats, stags, different species of seals and even sea eagles. We used binoculars although often we were so close we didn’t need them. The Gulf of Corryvreckan itself was exciting and bumpy. Huge powerful waves rocked us around the boat before we returned to the calm waters on the coast.

From Benmore, we travelled east to our next base at Lagganlia Outdoor Centre in the Cairngorms, setting out the next day to climb Sgor Gaoith, which took us onto a plateau where we could see for miles. While those brave enough ate lunch on the side of the mountainside, a few of us took shelter from the windy weather on the flat plateau under an emergency tent. On our descent, we stopped on the hillside to look at some wild berries. I can now say I’ve climbed Britain’s 36th highest mountain!

Our last evening was spent in a wildlife hide. I had only expected to see a glimpse of a bird or a squirrel if we were lucky but instead, we were surrounded by badgers and a pine marten who enjoyed the peanut butter and nuts that had been left out for them. The excitement of having a family of badgers on one side of the hide and a pine martin on the other was amazing. The wide glass windows and dimmed lighting inside the hide meant we didn’t disturb the wildlife. I can’t imagine another time when I will get a chance to be only a foot or so away from badgers and pine marten.

The excitement of having a family of badgers on one side of the hide and a pine martin on the other was amazing.

Packing up from Lagganlia we headed to the Highland Wildlife Park where we took a minibus tour around the park. During the tour, we put the information we’d learnt throughout the week to the test. We learnt about the conservation of the Scottish wildcat and more obscure animals like the Mishmi Takin. It was interesting to hear how much the animals at the Wildlife Park enjoy the Scottish climate, including the four polar bears.

It wasn’t all action-packed Munro climbing though, and some of my highlights of the week were spontaneous activities like skimming stones on the River Feshie at Lagganlia. Our accommodation for the week was great and we spent lots of time in the communal areas, playing table tennis or Pictionary. The week seemed to whizz by, but it amazes me how much we managed to squeeze into such a short amount of time.

I don’t think I anticipated just how much I would learn and experience throughout the week. Our leaders Andrew and Bec were so enthusiastic and were fountains of knowledge. There was an encouragement for us to ask them any questions we had about the area we were in, the animals we saw, or even just general animal and environment questions. It was great!

To book your place on an upcoming Wildlife Residential, visit https://www.experienceoutdoors.org.uk/events/14/event